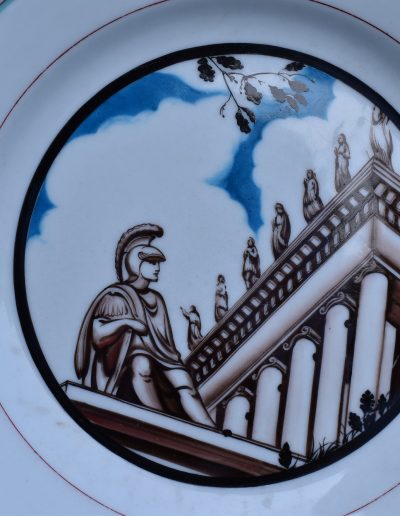 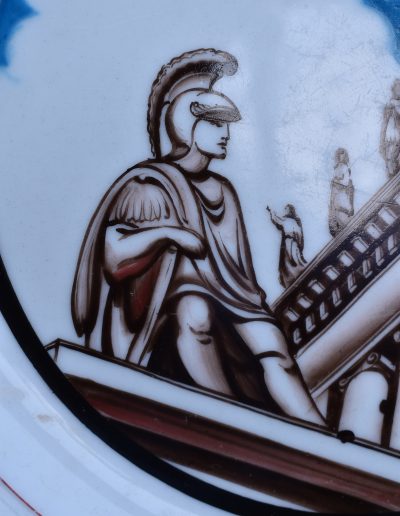 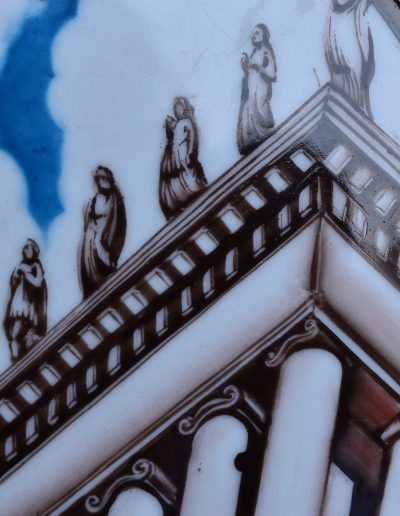 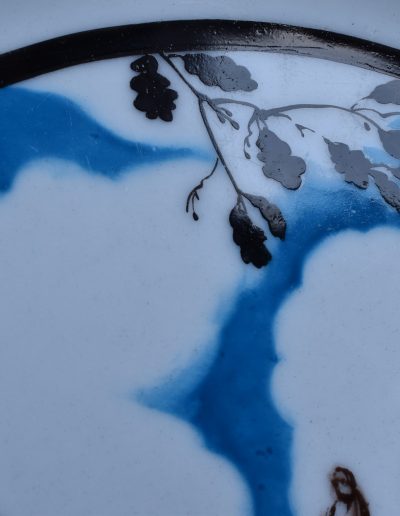 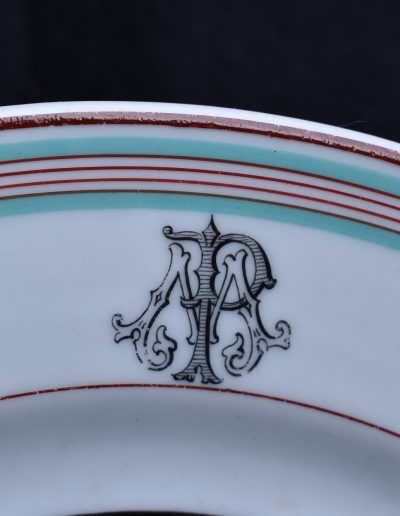 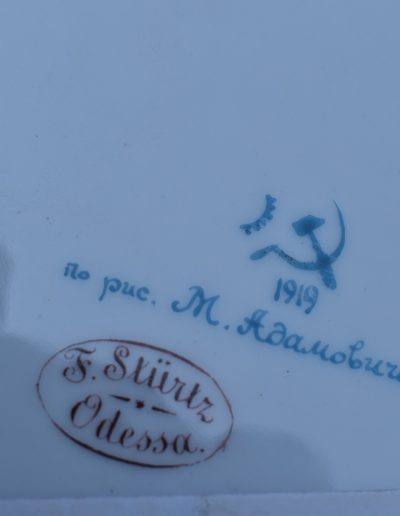 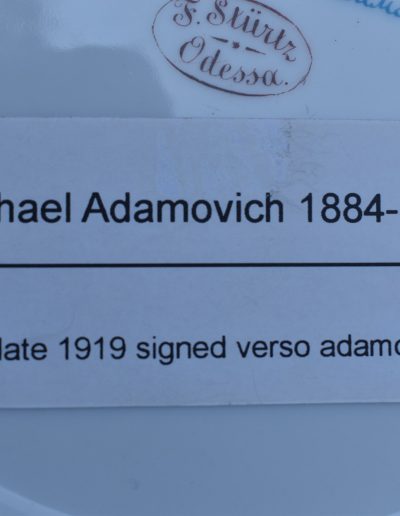 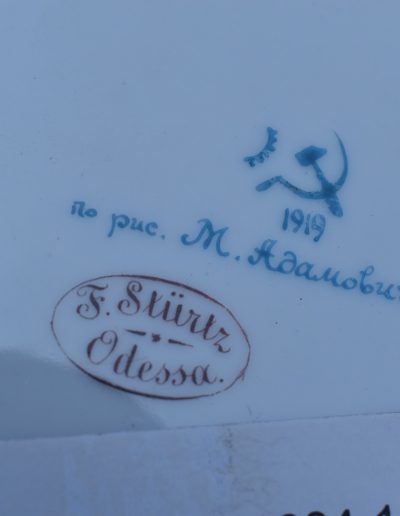 Mikhael Adamovich (1884-1947) worked in the State Porcelain Factory in Leningrad from 1918-19 and then served his country in the Revolution of the Workers and Peasants Red Army in 1919. It is a round deep plate made of thick-walled hard porcelain with white glossy coating. The shelf is completely painted all around with a wide black band between which a hand-painted “Antique” Roman decor of a Roman warlord sitting on the lean-to with cloak up to the knees and helmet with crest on the head. It overlooks a columned Roman temple with eight statues. All this is done in camaieu brown. In the foreground we see flowers and tendrils in black. The sky is painted almost sapphire blue. There is a circular outline in reddish brown at the transition from the elevation to the edge. The raise remains white blank, as does most of the flat raise board. In the collar we see   in camaieu grey. a very nicely elaborated mark of the intertwined initials “M and P”. The edge is circled with three parallel red lines, which show a circular band in turquoise below and above. The lip is painted again with a dark brown outline. The back is fully glazed and inside the round base ring we see the overglaze painted symbols “sickle, scythe and hammer” in sapphire blue (the mark of the National Porcelain Factory of St. Petersburg which was the Imperial Porcelain Manufactory until 1917). with the year 1919. Below in sapphire blue  “лo puc. M. AБamobura” and an oval circle in brown with “F. Stürtz Odessa” and the imprinted digits “1401” and “907”. The condition is very good, no chips. The glaze on the elevation shows some faint spots (due to use) and one black dot. In any case, it remains a very beautiful, sought-after and exceptional Russian propaganda dish.