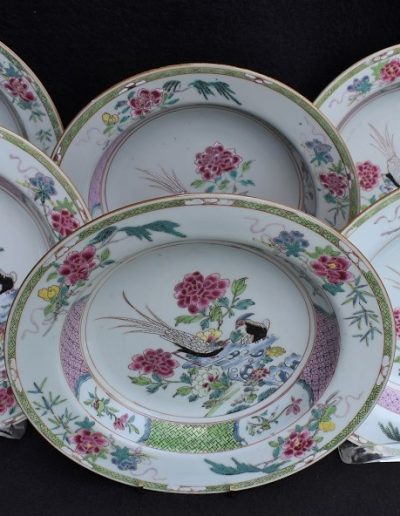 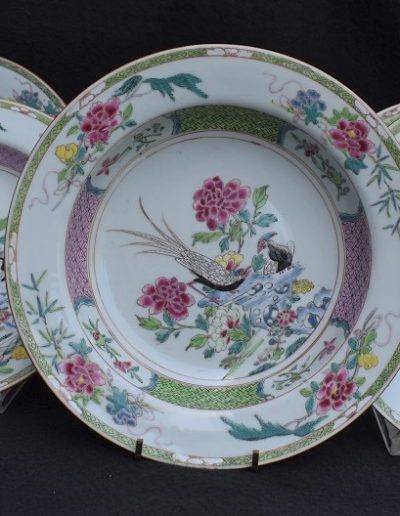 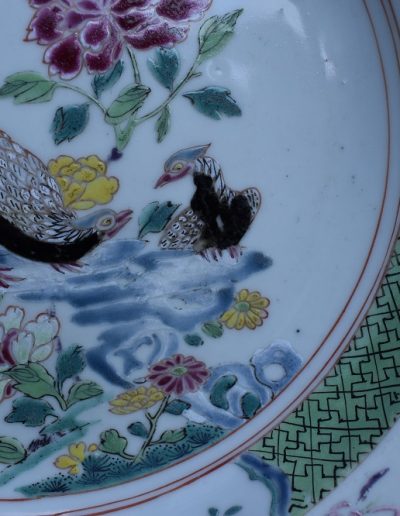 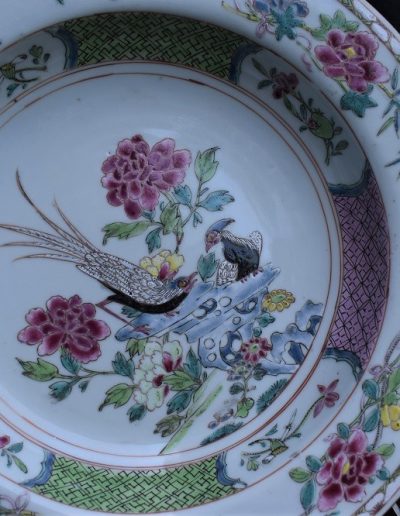 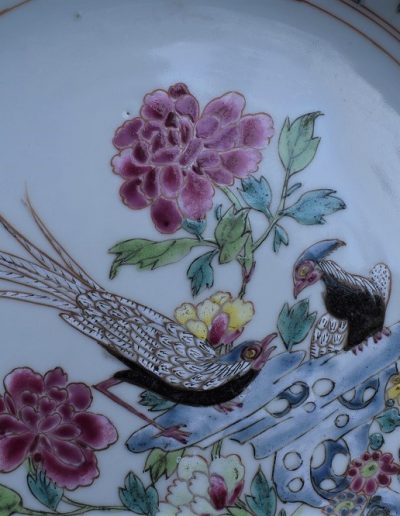 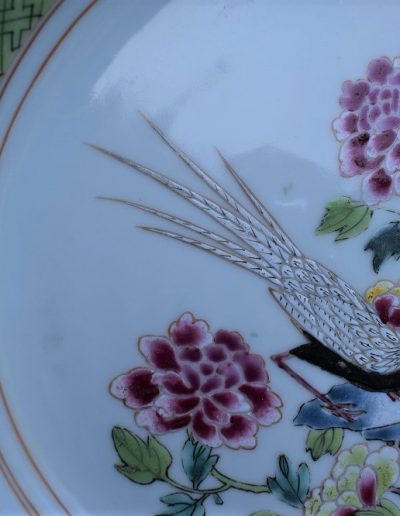 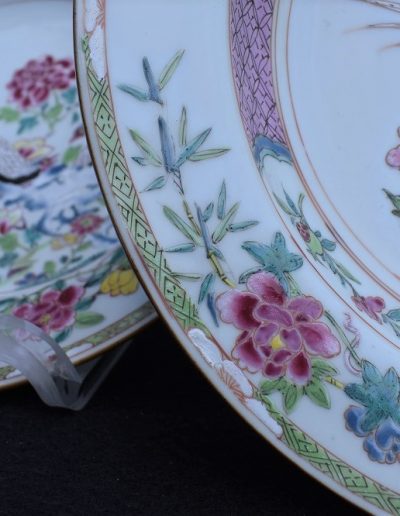 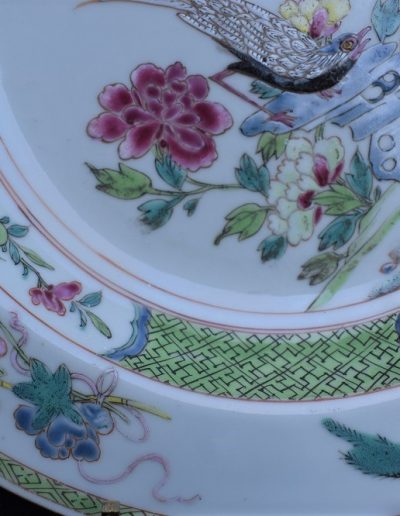 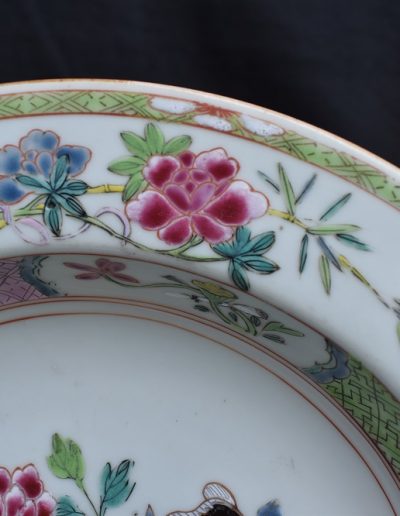 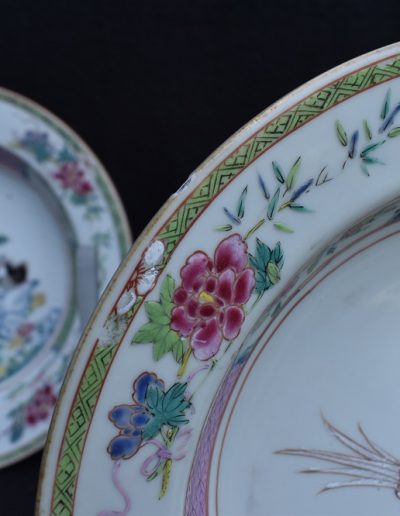 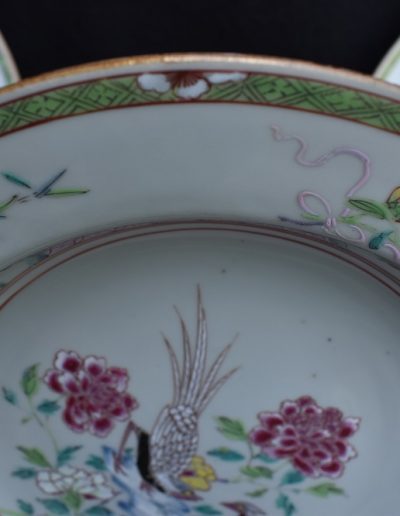 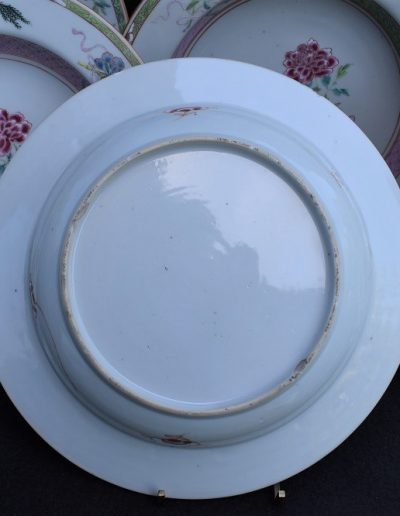 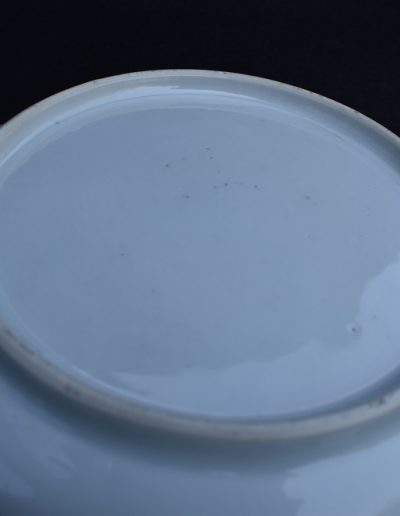 On display are six beautiful Chinese porcelain round deep plates with the same polychrome decor. They are all overglaze hand painted in famille rose palette. The shelf is asymmetrically decorated on a white glaze with a rooster and a hen, both in black and manganese black speckled plumage. They sit on a blue rock and surrounded by a flower field of peonies, lotus flower, daisy, … The shelf is bordered by three concentric lines and goes almost vertically into the cavetto, which shows green and pink diaper patterns between which four cartouches with floral elements. The flat border is painted with four floral decorations. The edge is bordered by a green diamond-shaped band. The lip is painted brown. The back is glazed, except for the foot ring. Near the cavetto, four peonies are painted in iron red. Dating to the Qing dynasty, Yongzheng or early Chien Lung imperial period, ca. 1730-1745.