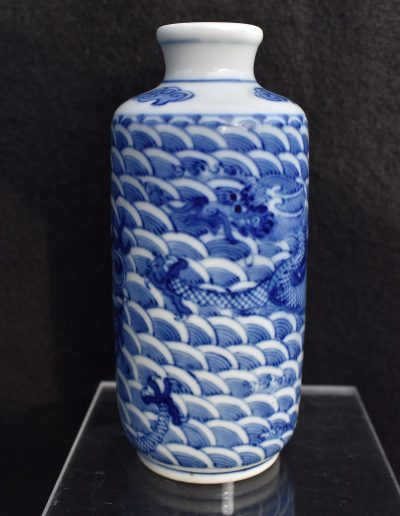 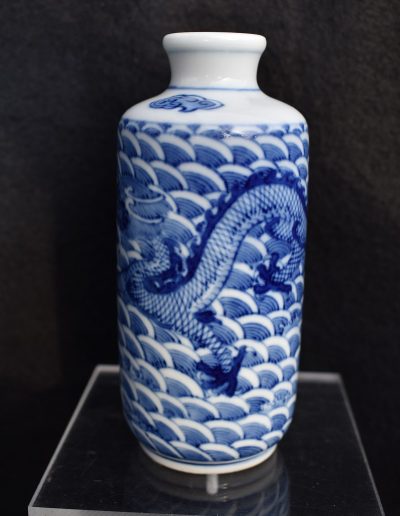 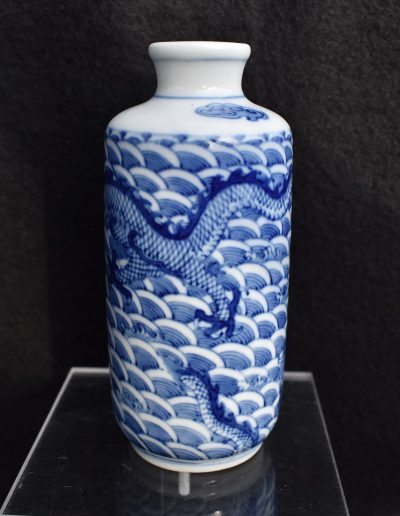 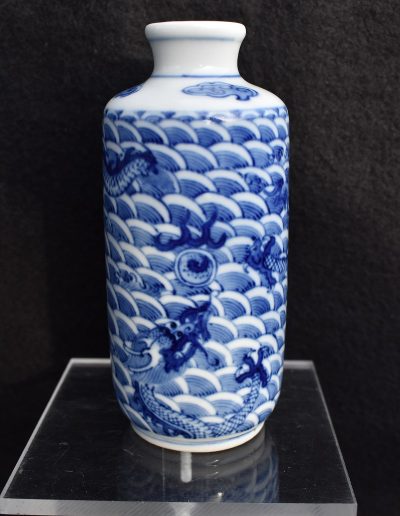 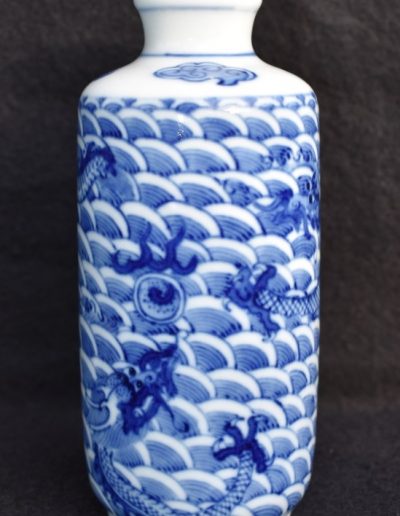 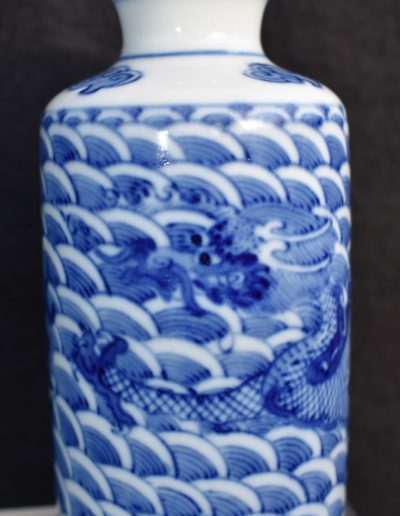 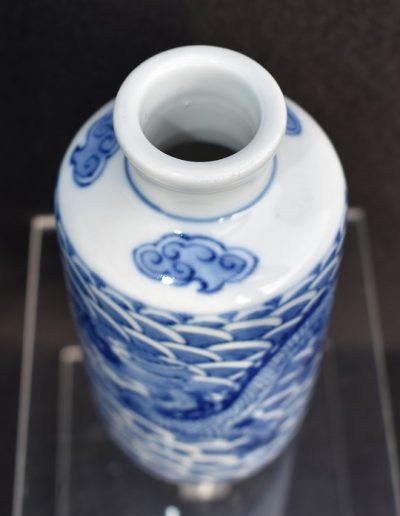 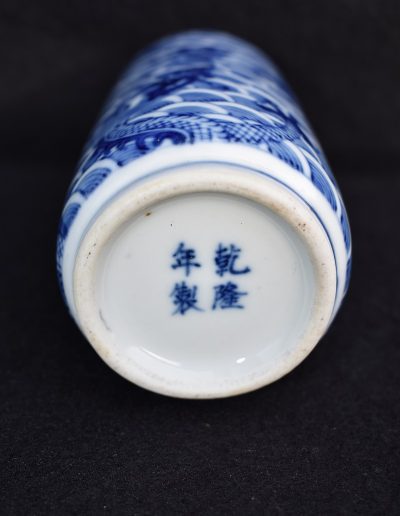 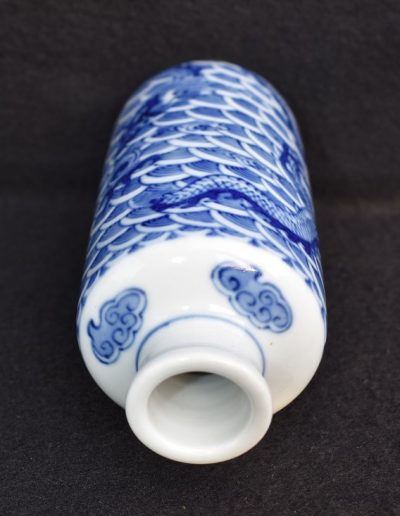 Guangxu was emperor of China during the Qing dynasty from 1875 to 1908. He succeeded the then emperor Tongzhi. Cixi and Cian were again designated as co-regents, but Cixi assumed full power. In 1898, after a discussion with the radical reformer Liang Qichao, the emperor introduced a series of reforms. From June 11 to September 21, he issued edicts for one hundred and three days, which were to reform the country in many respects, the Hundred Days of Reform. Most of the reforms were reversed by Cixi. Guangxu was succeeded by child emperor Xuantong, also named by Cixi. On display is a rare beautiful porcelain cylindrical vase. At the bottom we see a wide short foot with a blue circular band. It widens to a cylindrical corpus to pass into slightly arched shoulders topped by a short round neck with a broadened thick-walled rounded rim. It is hand painted under a milky white glaze with a blue and white decor. Between sea waves we see two four-toed dragons chasing the burning pearl. Three clouds are painted on the shoulder. On the short neck there are two circular lines. At the bottom, except for the foot ring, the vase is glazed. In the center we see an underglaze four-character kaishu brushed mark in cobalt blue that stands for Chien Lung. However, the vase is from a later period, namely the Guangxu imperial period, late 19th century.