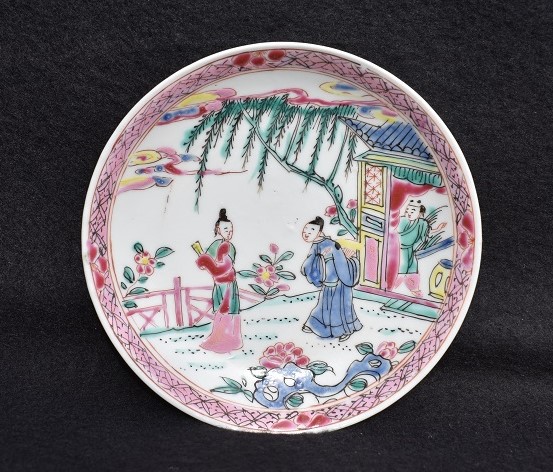 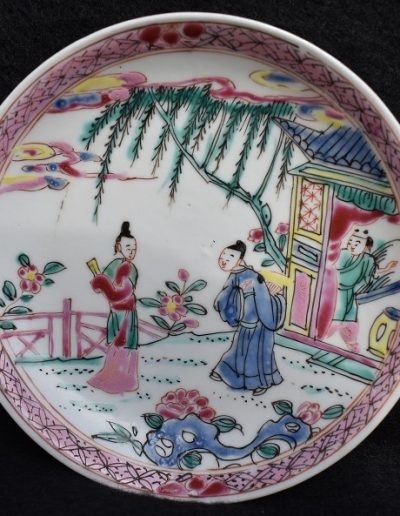 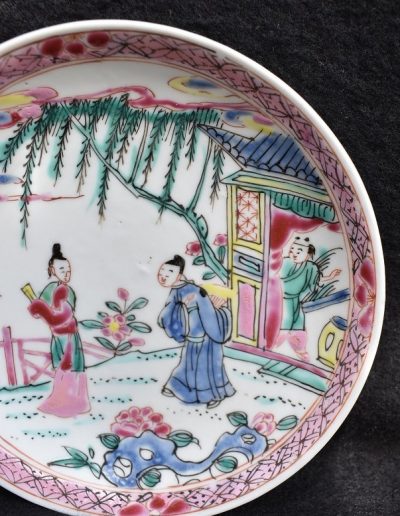 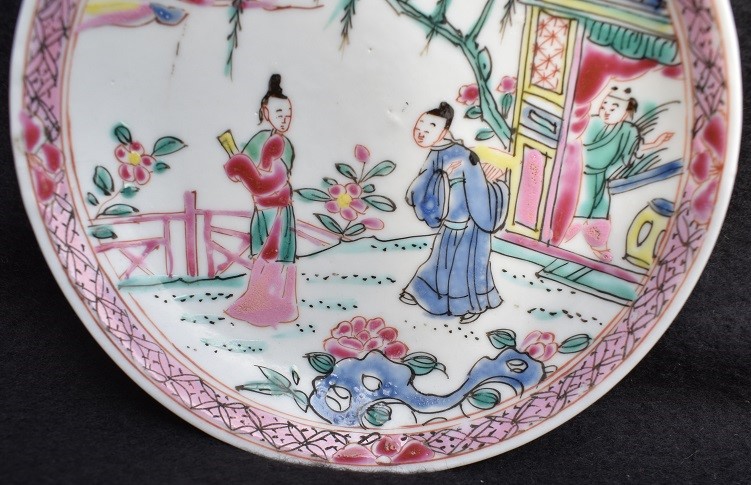 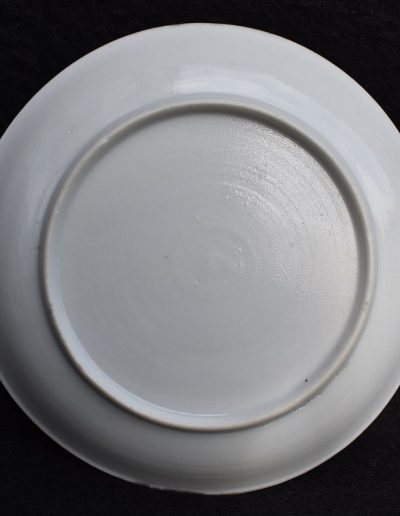 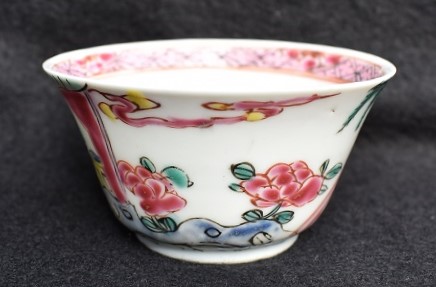 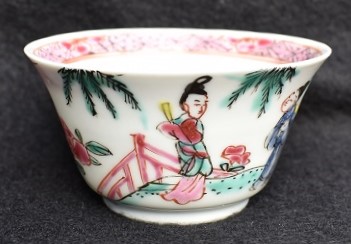 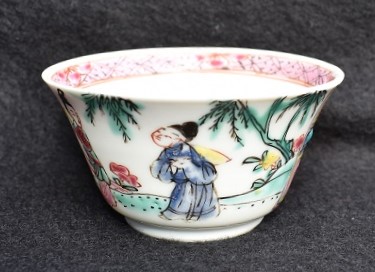 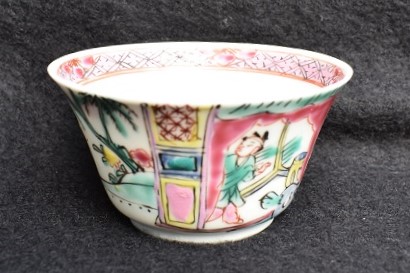 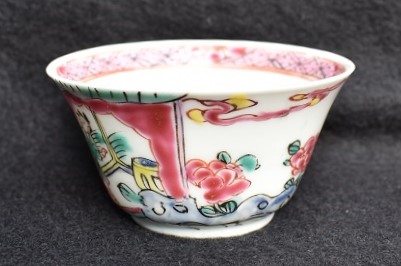 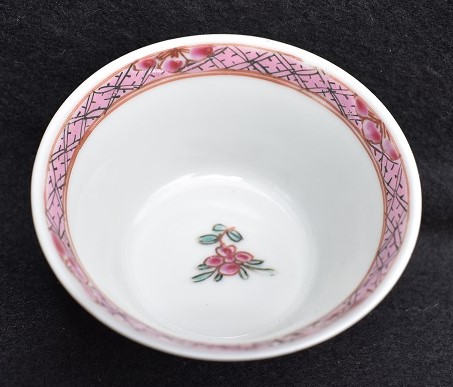 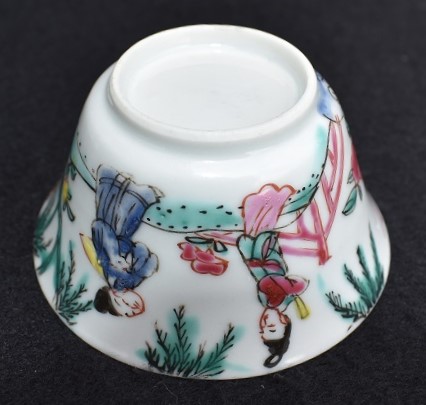 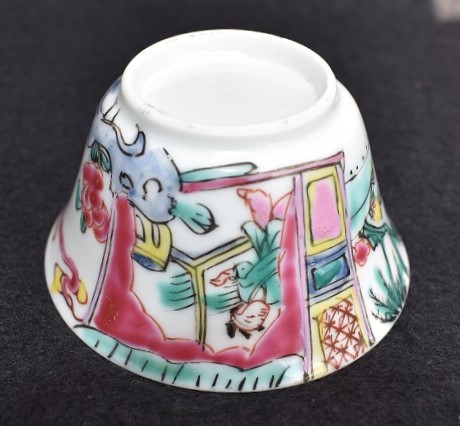 Chinese porcelain reached its peak during the reign of Emperor Yongzheng (1723-1735). Innovations in colored enamels meant that skilled porcelain artists could experiment with new, vibrant colors and eye-catching designs. Like his alter egos Kangxi and Qianlong, Yongzheng was a patron of the arts, especially ceramics. Wanting to revive porcelain, he took an active part in the imperial production and even personally instructed. The rich and beautiful palette of famille rose enamels with pink, yellow, blue, green, black/grisaille and gold is typical of the Yongzheng period (1723-1735), especially of the first half of the 1730s. Shown is a Chinese eggshell porcelain tea set consisting of a bag and saucer. Both are extremely translucent. The small bag stands on a wide round short foot and then widens sinusoidally to a round slightly externally curved edge. On a milky white background, a famille rose decor with the raised enamel colors blue, green, yellow, pink, manganese, black and flat iron-red is hand-brushed on top of the glaze. The decor is identical to that on the saucer. The inner edge is painted with a black napkin decor on a pink ground, between which four lotus plants in iron red. A lotus plant has also been painted on the bottom inside. Glazed base except for the foot ring. No mark. The round saucer is painted on a milky white ground on top of the glaze in the flat with a character scene in which two women gesticulate outdoors under a pine tree. At the front we see perforated rocks with peony, in the distance a beautiful cloud pattern and a fence. The women are being watched by a man indoors. The shelf is externally bordered by two concentric lines. The elevation and edge show a frieze of a black diaper pattern on a pink ground. In between we see four lotus plants in iron red. The lip shows the milky white background. The back is glazed, except for the foot ring. There is no mark. Undoubtedly dated to the Yongzheng Imperial period, ca. 1730.