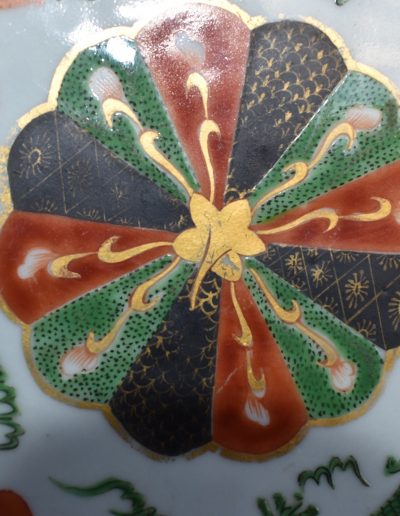 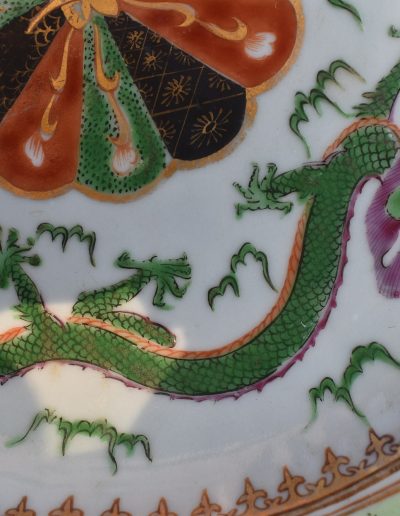 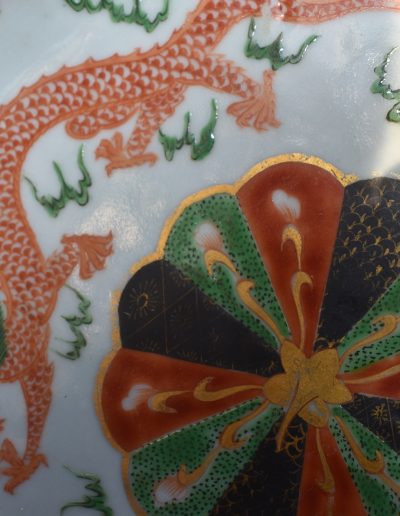 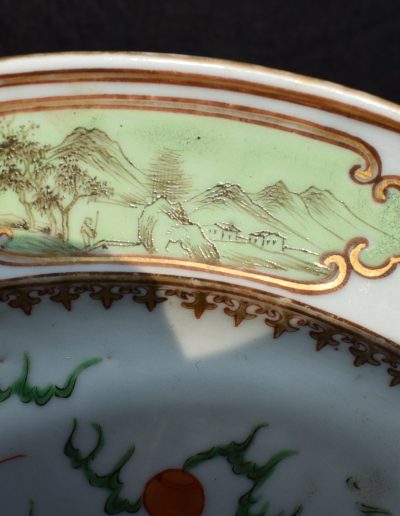 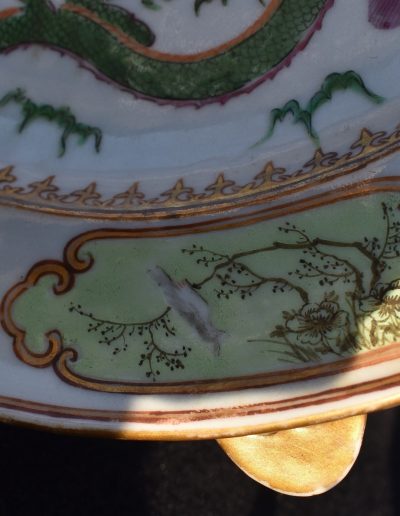 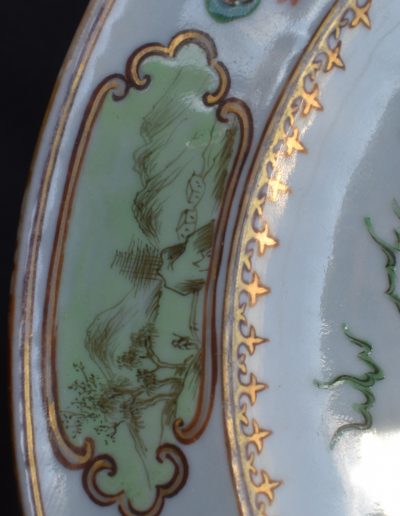 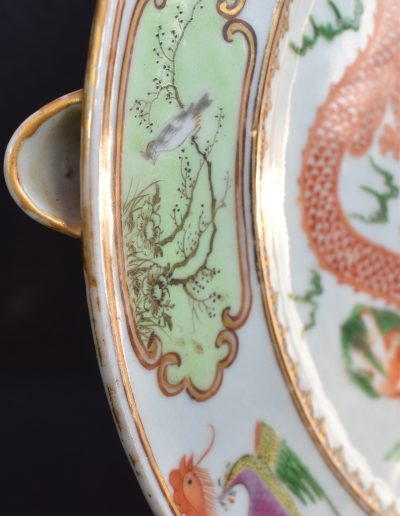 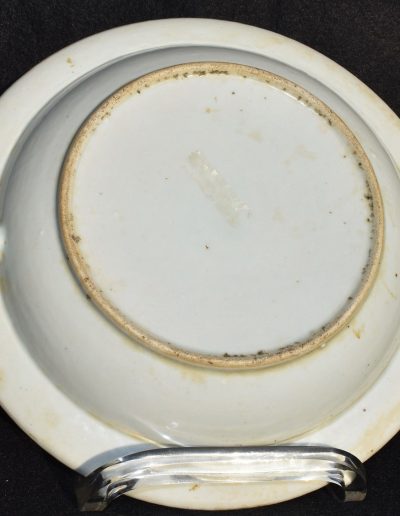 Presented is a rare round heavy warming plate. It is superb polychrome hand painted. For example, on a white light-grey white cover, the large round shelf is painted with a central round floral twelve-lobed medallion in green, iron-red and black with yellow accents, and gilded framed and with a gilded star-shaped decorative element in the center. A five-clawed (imperial) dragon is painted on both sides, one in green, the other in iron-red. They chase the flaming iron-red pearl. Also around several stylized cloud motifs in slightly raised green enamel. At the transition elevation to the brim we see a frieze of French skewers in gold with the top facing the center. The border contains four gilt-edged cartouches with rococo features in which, on a light green (European) background, a different decor and grisaille has been painted. In two of them a landscape is painted, in the other two a white bird on a branch. Between these cartouches, a multicolored fenghuan has been painted with, among other things, dirty yellow, green, iron-red, orange and purple-pink details. The edge is outlined by a gilded circular band between two iron-red colored concentric circles. The lip is also gold plated. On the outside we see two oval-shaped applications, one gilded and closed, the other has an opening through which hot water could be introduced to keep the plate warm. The back is, except for the rounded base ring, fully glazed with a light blue coating. On the inside of the stand ring many grains of sand can be felt all around. This rare polychrome plate can be dated to the early 19th century, Jiaging imperial period. Most warming plates were decorated in blue and white. So this plate is rare.