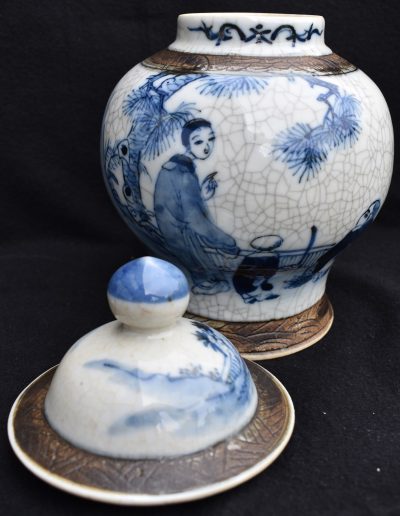 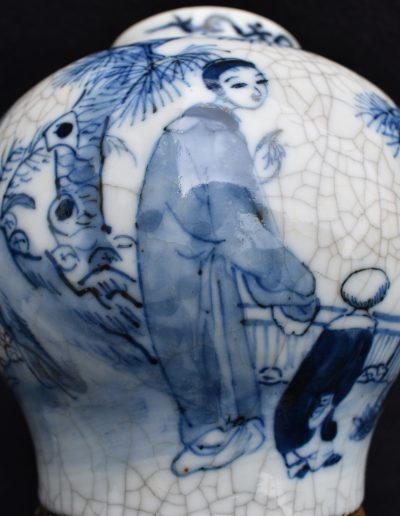 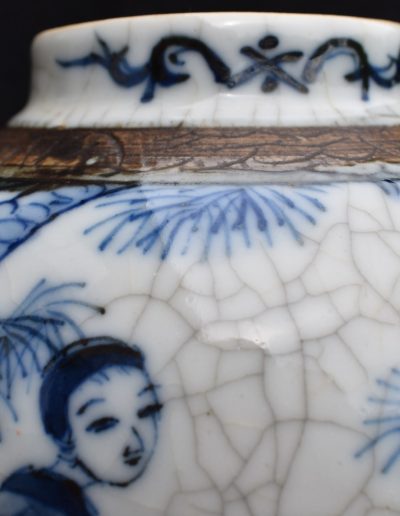 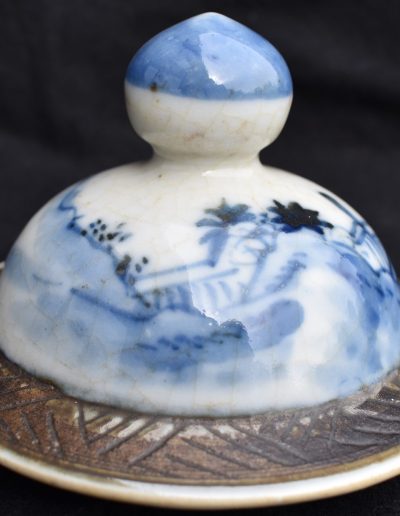 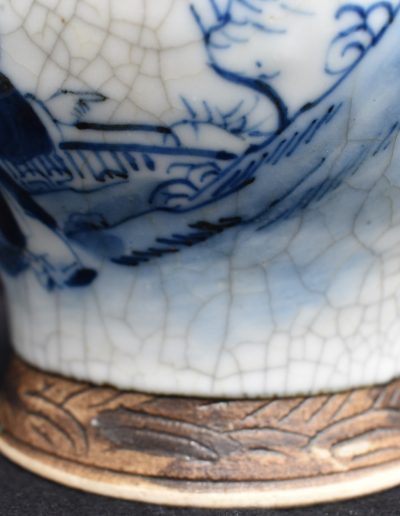 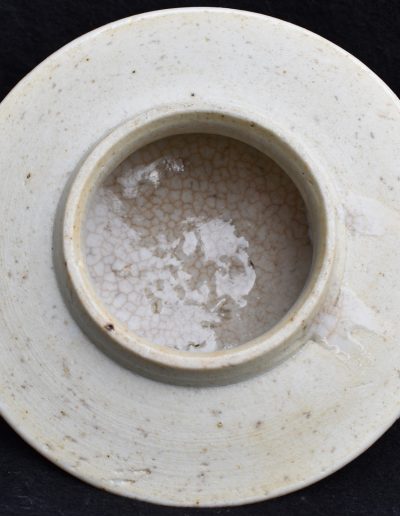 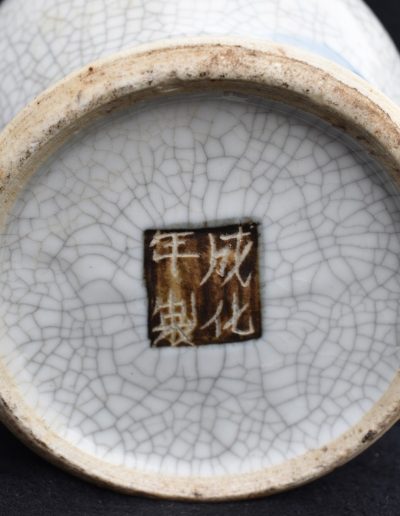 Presented is a decorative Chinese ginger jar with lid with a blue and white landscape and figural decoration in cobalt under the crackled cover hand-painted. Ginger is a spice used in the kitchen with a strong but pleasant taste for enthusiasts. Ginger is extracted from the rhizome of the ginger plant. The neck, base and lid have a brown bronze like frieze with engraved geometric motifs. The rounded lid has a round pine cone shaped handle. At the bottom it is signed with a four-character mark inscribed in the tanned pâte, the so-called. ” Chenghua Nian Zhi. ” or “Chenghua Period Made”. To be dated end 19th century.