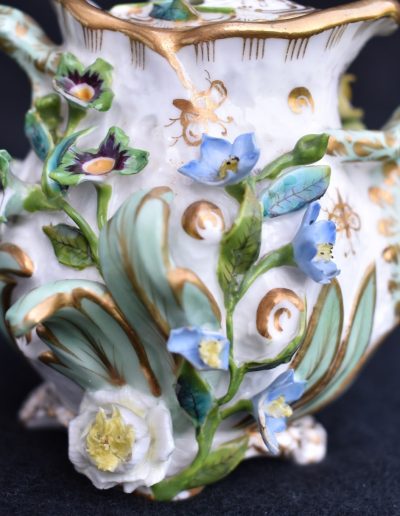 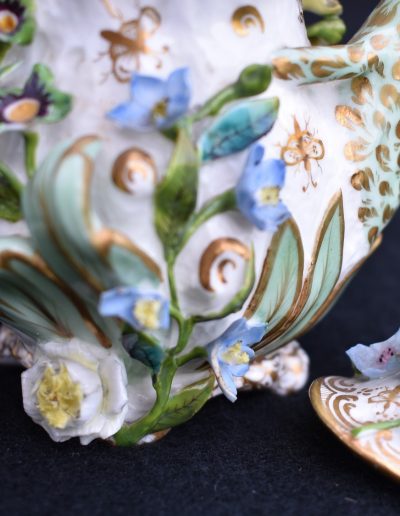 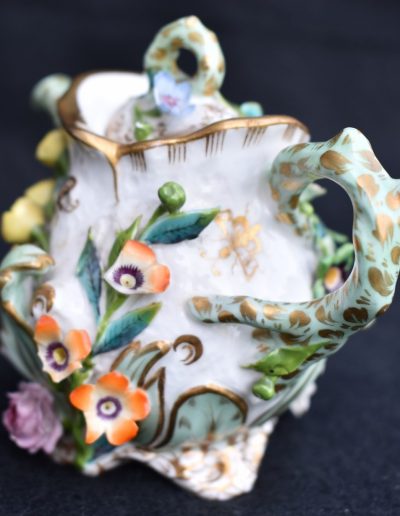 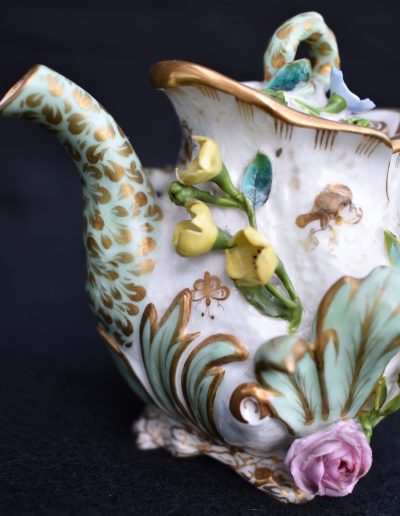 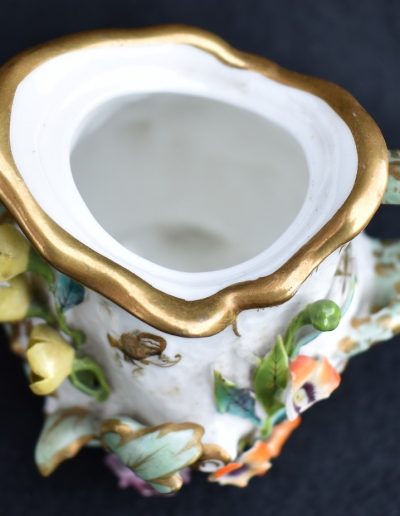 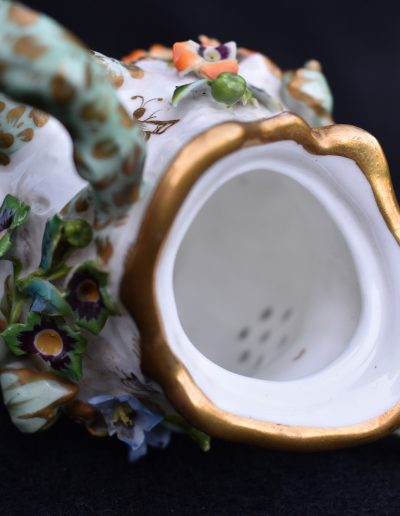 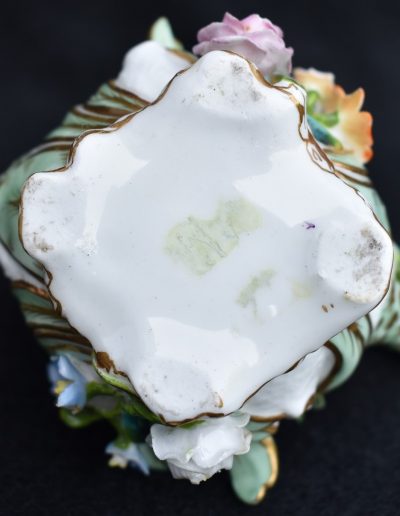 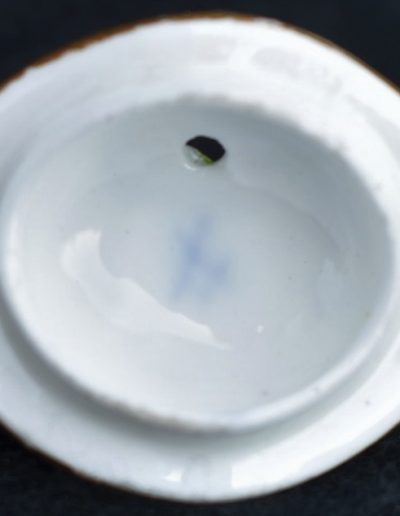 The Coalport porcelain factory of England was founded by John Rose in 1795. Since the factory was located in Coalbrookdale, the porcelain produced was sometimes called that way. They used a glazed bone china that was of very good quality by the 1820s. In 1828 John was succeeded by John Rose II who mainly copied Sèvres but also the style of Chelsea and Derby. The markings were also copied, sometimes even those of Meissen. By 1830 Coalport was one of the leading firms in England. The “Willow pattern” and transfer printing was widely used.

This very charming and beautiful miniature teapot with lid made in neo-rococo style is dated to the 1st half of the 19th century and was made in England by the Coalport of Coalbrookdale manufactory. Around 1800 these were the market leader in bone China porcelain. The bone China pot stands on four legs, has a round body and an undulating rim. It is made of bone china, a type of soft porcelain in which bone ash was processed. It is characterized by its very white hue. The spout is S-shaped and the handle ear-shaped with thumb rests. Elaborately decorated with embossed hand-painted polychrome flowers, acanthus leaves, and gilded painted butterflies. The green-turquoise color is striking and rarely seen. Rich gilding everywhere, especially at the top of the jar. The lid also has a clear rococo shape with a circular handle and on the inside we see (difficult) a very light blue underglaze mark of crossed swords after those of Meissen. However, this is not a Meissen object but from the English company Coolbrookdale manufacturer, which sometimes used an analogous mark (mis). This is a rare mark of the company and is therefore sought after. The teapot must be dated around 1820-30.