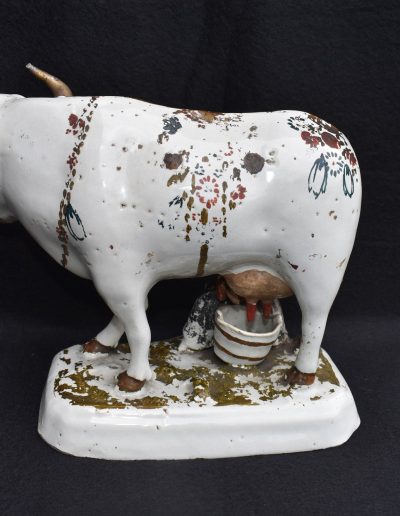 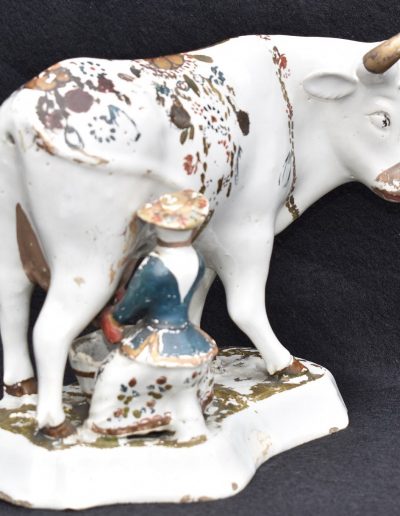 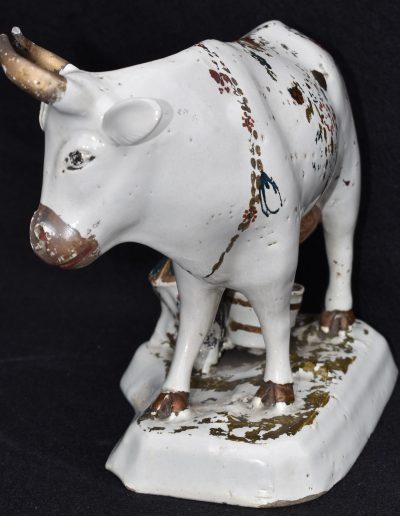 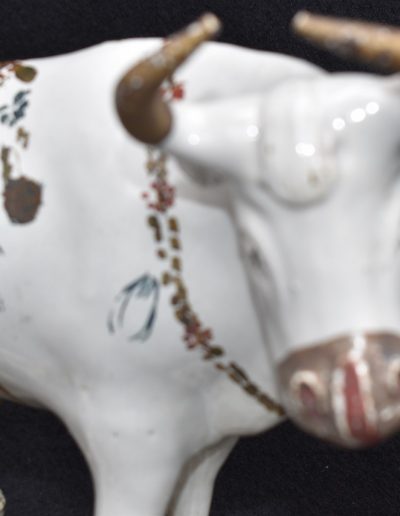 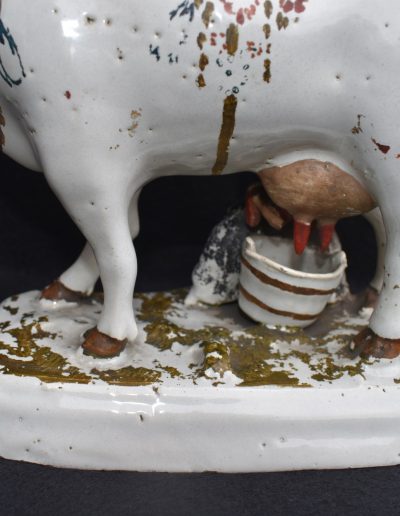 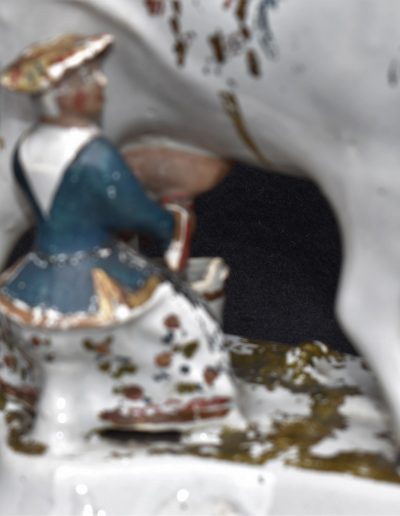 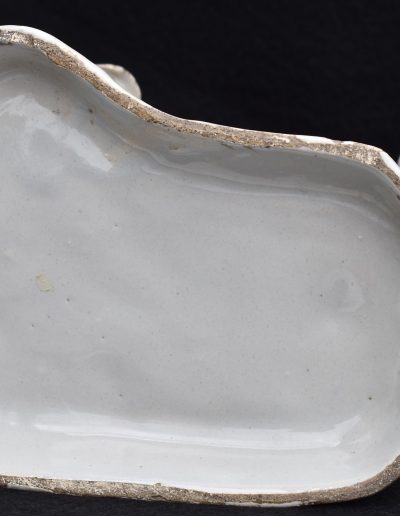 Presented is a rare exceptional large figure of a cow milked by a seated milkmaid, performed in white tin glazed faience in Delft Holland. It is counted as the so-called white Delft. This is an early work with remnants of cold hand-painted polychromy (cobalt blue, brown, red, black) and gilding. Several wells can be seen in the glaze. The quietly standing cow has turned its head to the right, wears two gilded horns, its tail over the right part of her abdomen, a wreath of flowers around the neck and remnants of a saddle and has a closed mouth. At the back right is a girl sitting on a chair, with wide floral dress and blue overcoat and hat on the head. Her face is turned to the right and she looks at the cow’s head. With her two hands she holds two of the four red udders and in front of her stands a large round basin with two handles and two brown circular bands to absorb the milk. Both are placed on a wavy raised rectangular partially curved high foot with flat embossed plateau. This plateau has remnants of olive green color. The base at the bottom is glazed white with the exception of the stand ring. Such figures were made on behalf of the butcher’s guild. They were usually painted cold by hand in polychromy of high-fire colors with gilding as is also the case here. This also explains that a large part of the polychromy has worn away with time. This animal figure thus turns out to be an early original museum piece. The figure is not noticed but that was the custom in that early time. Early 18th century.