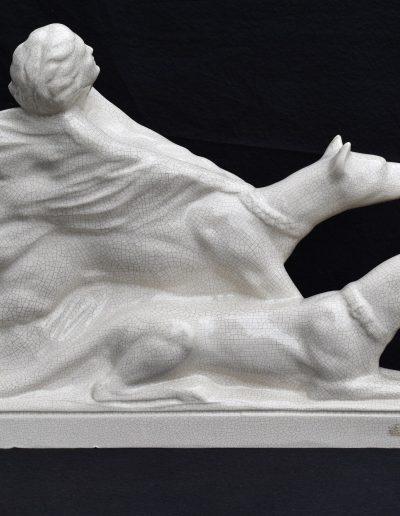 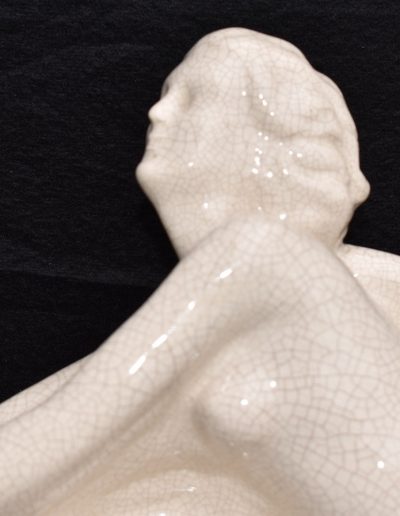 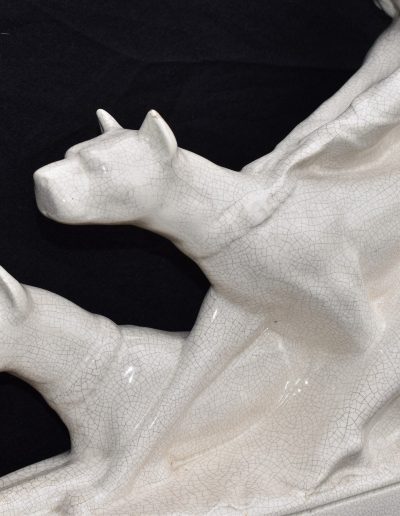 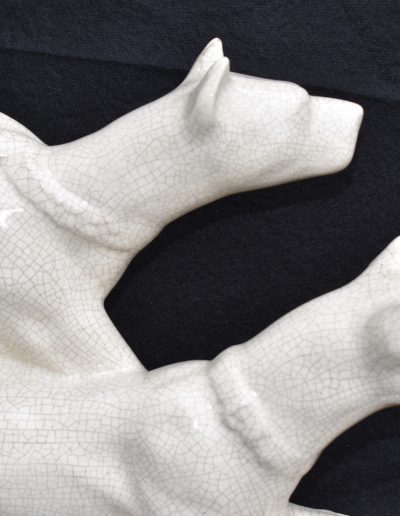 Presented is a large statue in a creamy crackled faience fine or creamware, made by the Frenchman Jean de la Fontinelle. It is a typical art deco statue depicting a naked woman with wavy hair and two dogs. One dog is lying down, the other is standing and is stopped by a pulling woman standing by the collar. They are placed on a large front curved rectangular raised base. The three figures radiate strength and energy. The unglazed base with two openings, indicating a cast shape or slip cast figure, is inscribed with the name “FONTINELLE” and the number “145”. Work was made around 1925-30.