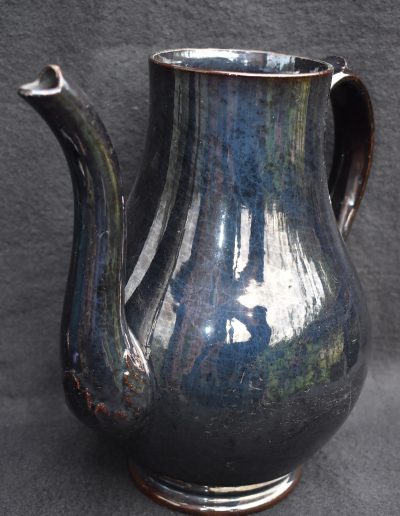 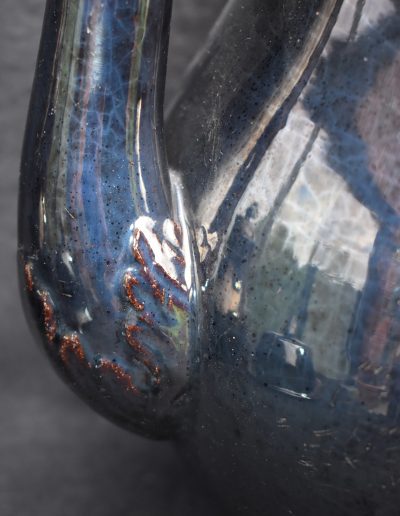 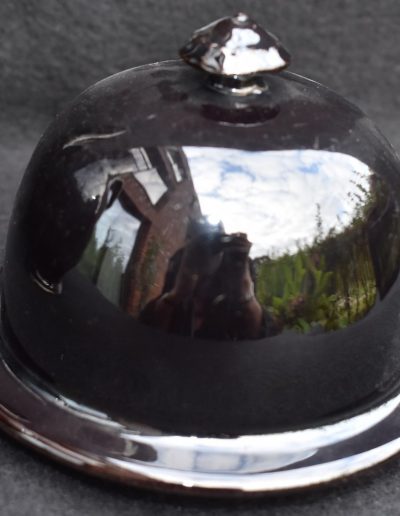 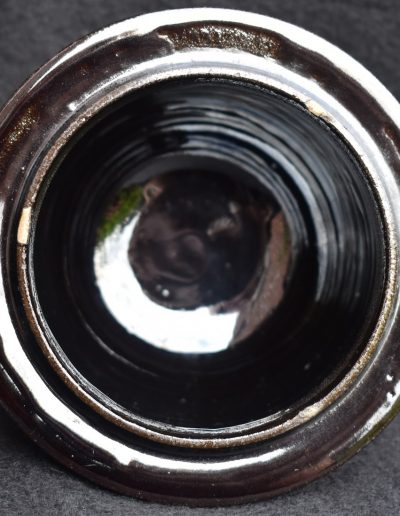 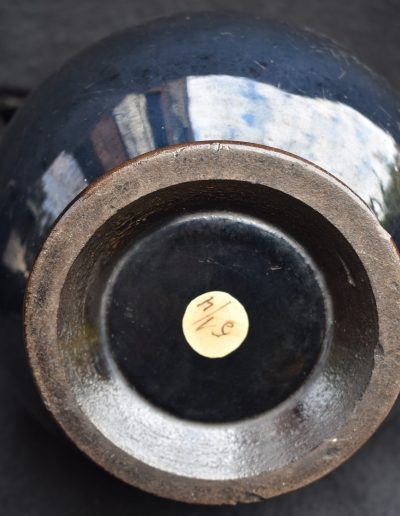 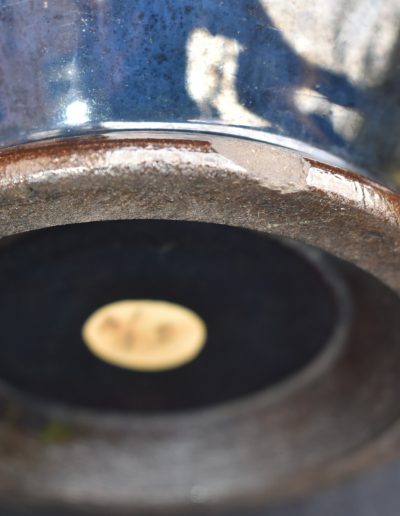 At the end of the 18th century, many Belgian pottery factories had begun to imitate British black ceramic production. You only have to look at the production in Septfontaines, Nimy-lez-Mons, Oostmalle, Brussels, Andenne and especially Namur. The so-called “fine black faience of Namur” is hard and very dark earthenware, with the texture of fine stoneware and a strong glossy black glaze. The pieces are made of black clay – from fossilized wood – found in the Bonneville region. Often those pieces were decorated with silver. Those beautiful pieces are all too often confused with the British production of the county of Staffordshire, with their black glaze, and the production of Andenne. It is also said that noble families who had emigrated elsewhere in Europe during the French Revolution took up mourning after the execution of Louis XVI and Marie Antoinette, particularly by ostentatious use of those objects made of fine black faience. In any case, this production was mainly intended for the aristocracy and bourgeoisie of the county of Namur.

Presented is a large coffee pot with lid in Naams earthenware with shiny black glaze. The jug has a pear-shaped body and stands on a round, raised, constricted base. From the lower third of the body, a voluminous S-shaped spout with a V-shaped opening and palmettes in relief at the bottom. Inside the jug there is a large opening for the entrance to the spout. On the other side we see a C-shaped handle with thumb rest. At the top is a high round dome-shaped drop-in lid with a round arched handle. It has a flat plateau at its base. The gray stoneware-like pâte can be seen at the base. The entire surface is covered with a jet black glossy glaze. At the bottom there is a wide round base ring that obliquely transitions in depth into a round black glazed base. This coffee pot dates from the last quarter of the 18th century. There is (not surprisingly) no mark.

Condition: chip on the base (barely noticeable due to the gray-black color), minimal chip on the inner edge of the lid, otherwise perfect.