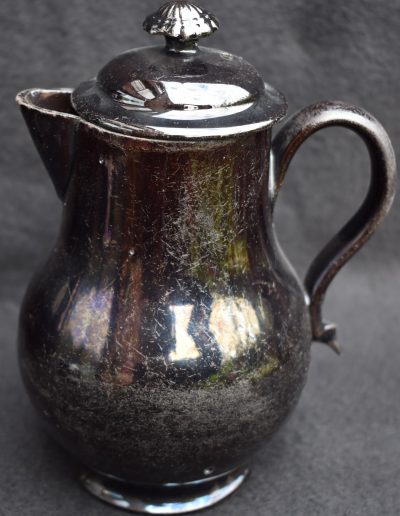 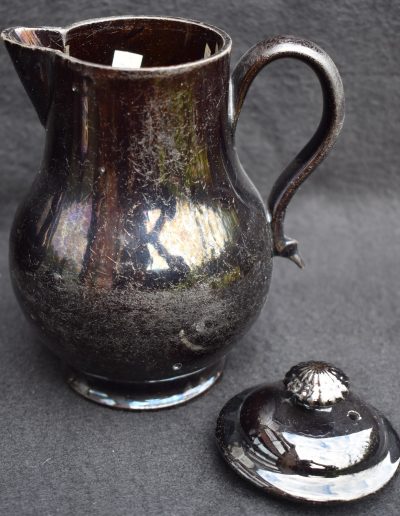 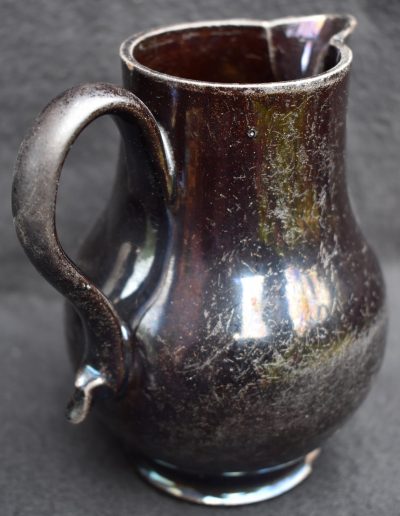 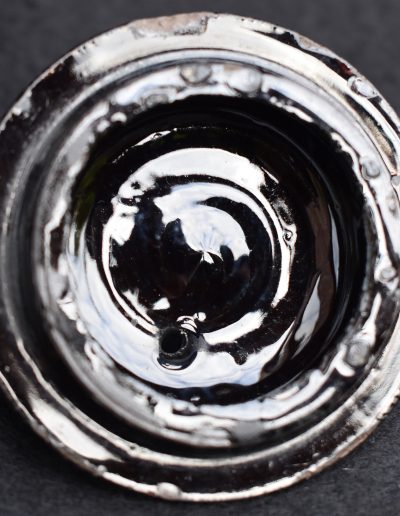 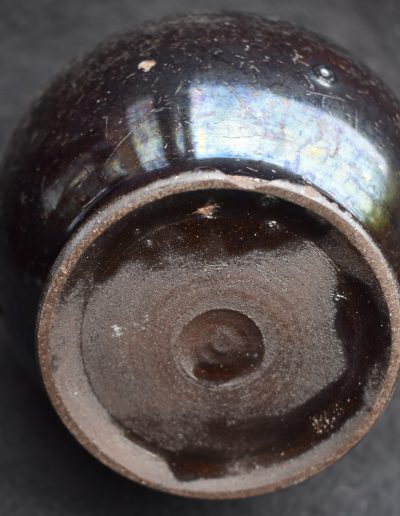 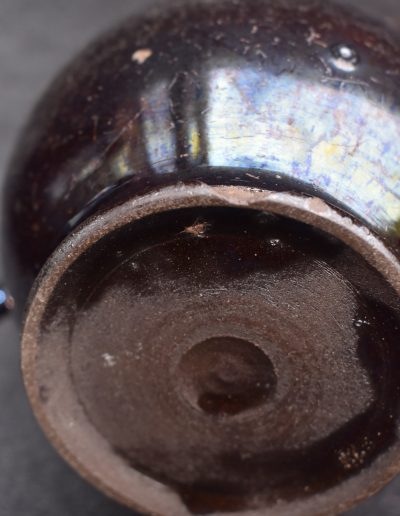 At the end of the 18th century, many Belgian pottery factories had begun to imitate British black ceramic production. You only have to look at the production in Septfontaines, Nimy-lez-Mons, Oostmalle, Brussels, Andenne and especially Namur. The so-called “fine black faience of Namur” is hard and very dark earthenware, with the texture of fine stoneware and a strong glossy black glaze. The pieces are made of black clay – from fossilized wood – found in the Bonneville region. Often those pieces were decorated with silver. Those beautiful pieces are all too often confused with the British production of the county of Staffordshire, with their black glaze, and the production of Andenne. It is also said that noble families who had emigrated elsewhere in Europe during the French Revolution took up mourning after the execution of Louis XVI and Marie Antoinette, particularly by ostentatious use of those objects made of fine black faience. In any case, this production was mainly intended for the aristocracy and bourgeoisie of the county of Namur.

Presented is a milk jug with lid in black Naams pottery with glossy black cover. The corpus is pear-shaped and the jug has a circular, constricted base. Towards the top we see a narrowing neck with a V-shaped pouring spout on one side, and a C-shaped handle with a concave protrusion on the other side. At the top we see a subtle round domed lid with a mushroom-like handle. The base is not glazed at the bottom with a small round indentation in the center. This jug dates from the end of the 18th century. It is not marked.

Condition: chip on the foot edge and small chip on the inner edge of the lid, otherwise perfect.