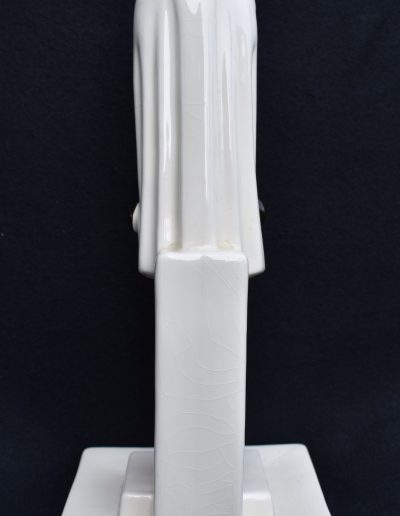 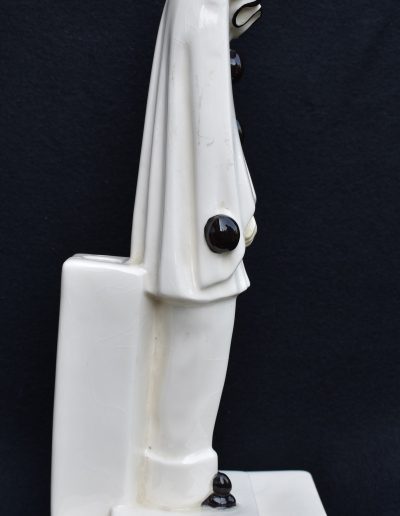 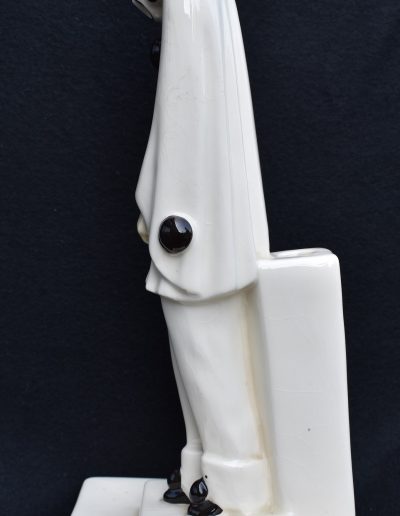 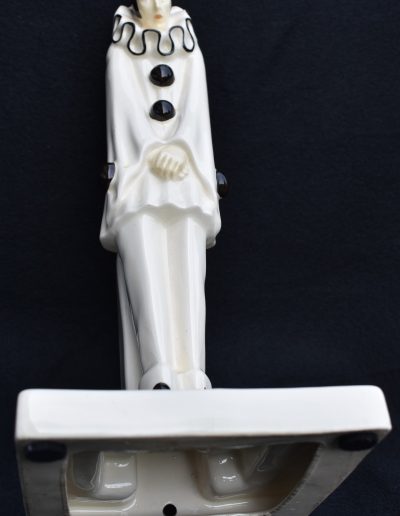 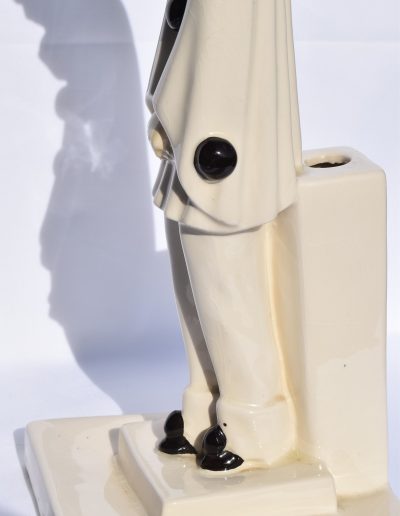 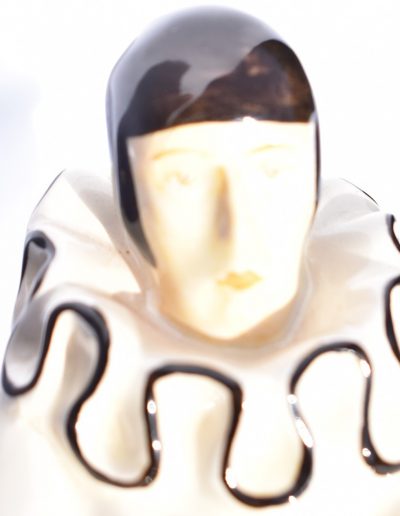 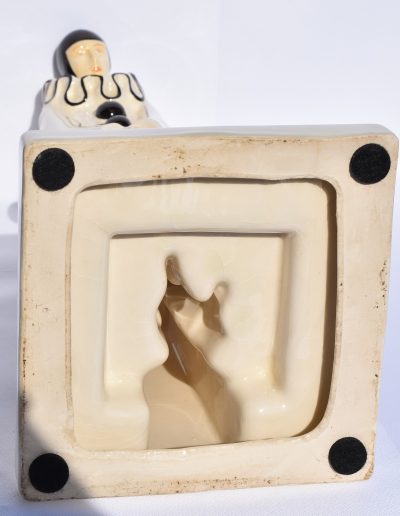 Roland Paris (1894-1945) was born in Vienna. He studied in Berlin with Henry Van de Velde, co-founder of the Bauhaus school. His specialty was humorous often satirical bronze and ivory figures with excellent facial expressions.

Presented is a very distinctive porcelain figure of Pierrot, which was originally the stand for a table lamp. The figure was executed in the 1920s by the Schwarzburger Werkstätten. The figure is slip cast. Standing up, with hands crossed on his lower body, he looks down with his head bowed. On a creamy white background, accents in black have been made, including the hair of the head, the edge of his roll-neck, buttons on his dress and feet. The eyes, eyebrows and mouth are highlighted in red. It stands on a slightly raised square pedestal which itself is placed on a larger raised square base. At the back there is a high block-shaped structure with a round opening at the top where the holder for the lampshade originally fitted. At the bottom there is another opening for the electrical wiring. At the bottom, although difficult to read, the name “Roland Paris” is stamped blind. Pure art deco shape and dating back to the 1920s.

Condition: perfect, the lampshade is missing.