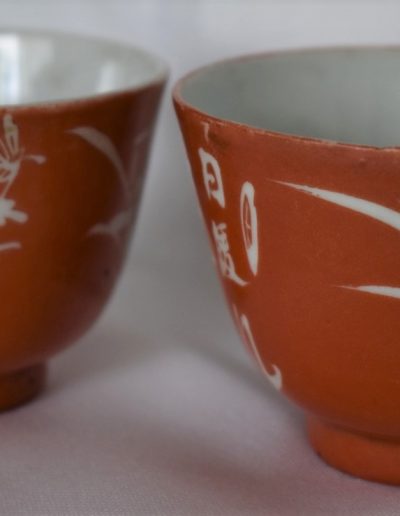 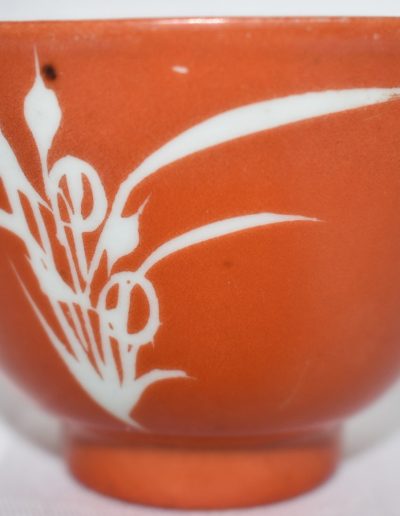 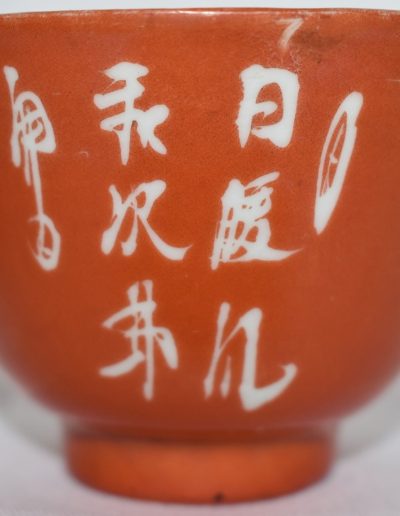 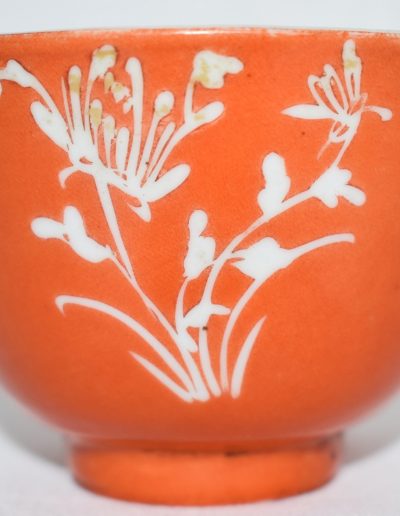 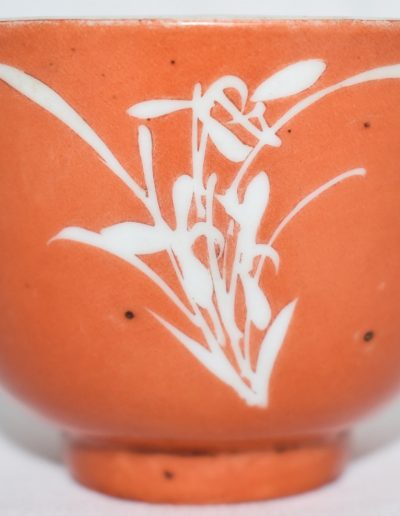 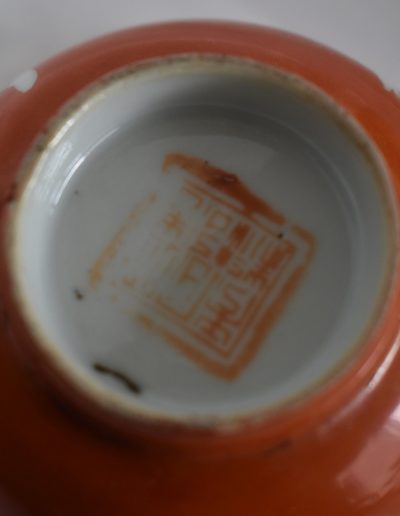 Two U-shaped tea cups in eggshell porcelain with light bluish-white coverings, covered with an orange ground in which recesses in the shape of bamboo and Chinese texts on one and four plants on the other. Round raised base, unglazed base ring, glazed base with an overglaze orange-red shop seal mark in two rectangles. Dating from the first half of the 20th century.