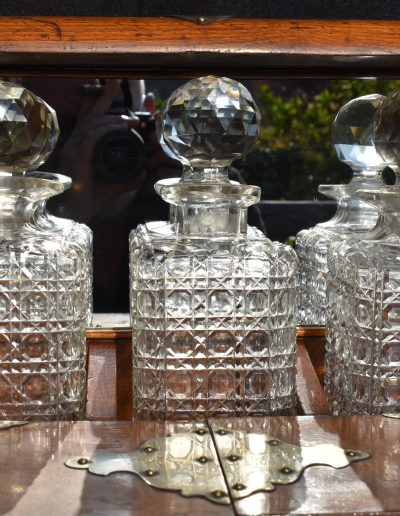 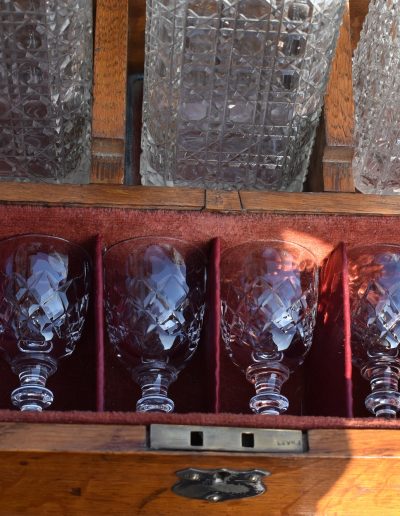 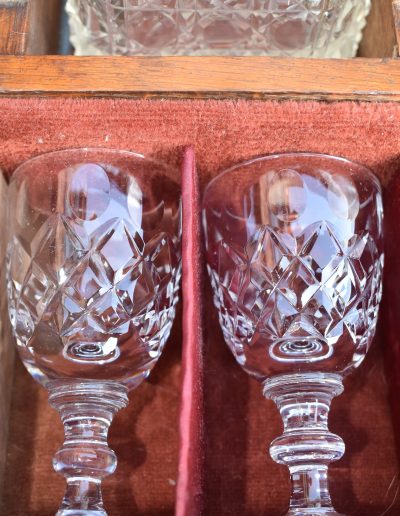 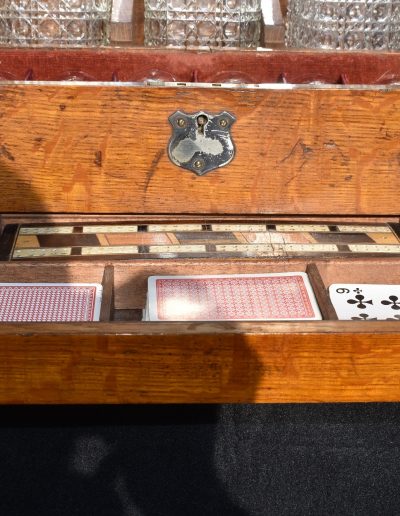 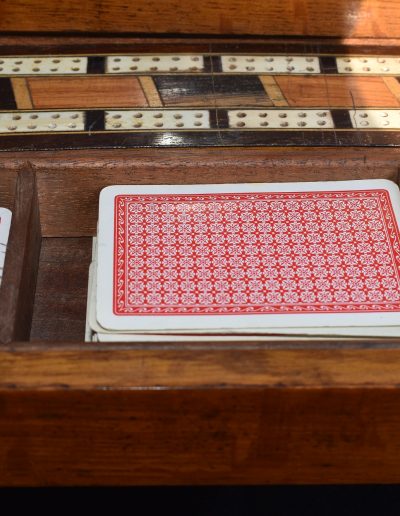 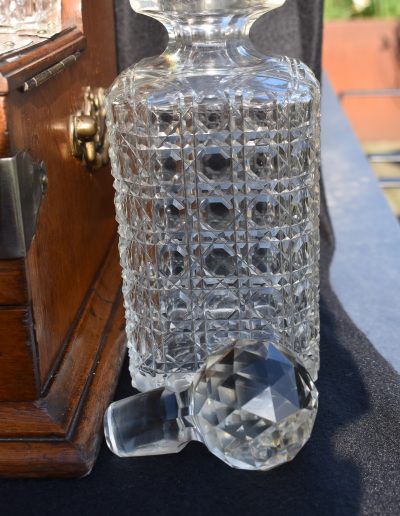 Tantalus is a kind of liqueur decanter in which the bottle stoppers are tightly closed by a metal rod. This is to prevent theft of the content by employees. As the name suggests, the carafes themselves are visible, drawing temptation. The most common types of tantalus contain three bottles or carafes, while there are also smaller types that house only two. There are many different forms of Tantali. Often times, the cabinet has metal handles on both sides with an elegantly carved decor. Crystal and metal versions are also a nice option when choosing a tantalus. Tantalus took its name from the story of the mythological Greek king Tantalus, mortal son of Zeus and Pluto. To be aroused is to be tempted with the unattainable, and the king was severely tested. He was condemned to an eternity in Hades for angering the Gods and was forced to stand forever in water that, when bowed to drink, would retreat and gaze at food that he could only reach for and never could grab while they are unreachable. A key is required for access.

The Victorian English Tantalus shown here has an oak frame with a rear wall mirror. There are several silver-plated reinforcements around the outer wall. At the back we see three compartments with velvet ground in which three crystal carafes are placed. Two of the three are originally with the original faceted stopper. The third is of the same type but of a later date. They have a square shape with a Waterford cut Harvard seat base pattern. Enclosed by two oak panels there is a subdivision for six cut and faceted chalice-shaped glasses on a base. Normally the two panels can be locked together with a Bramah lock, but the key is missing. At the bottom front there is a secret drawer that can be opened by centrally pressing the wooden frame for the glasses. This drawer shows several compartments for, among other things, a card game.On the sides there is a brass handle. Dating around 1880.

Condition: the key of the Braham lock is missing, 1 of the 3 carafes is of a later date, some wear to silver-plated reinforcements, in good overall status.