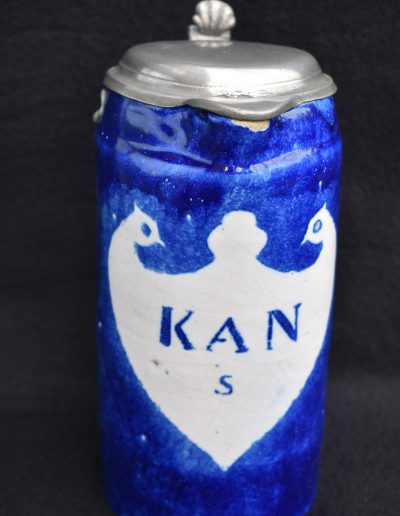 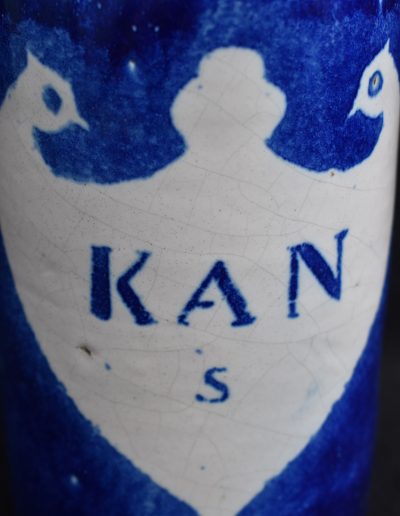 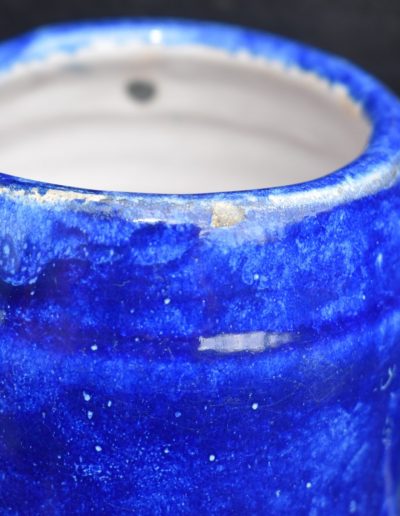 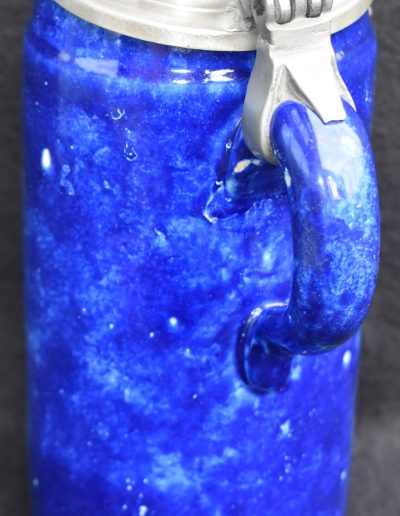 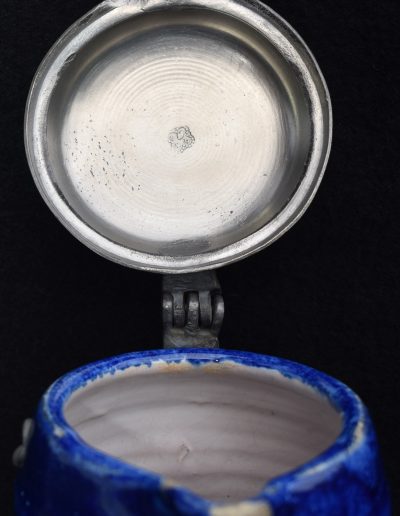 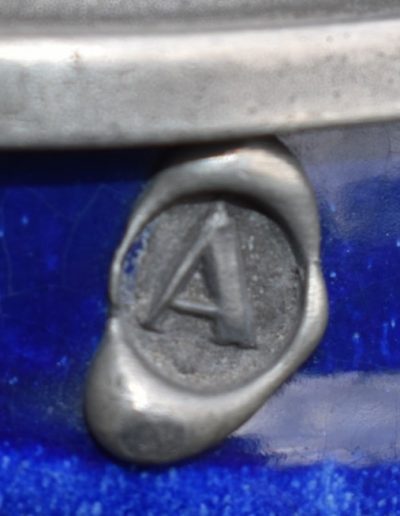 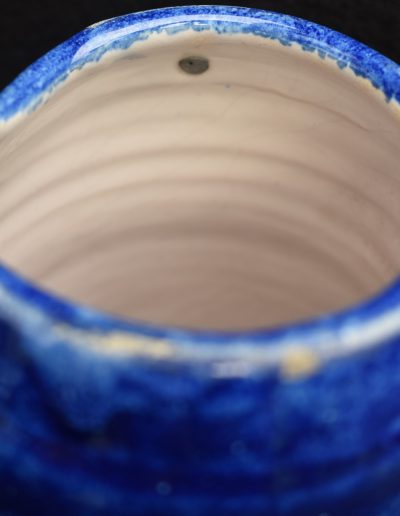 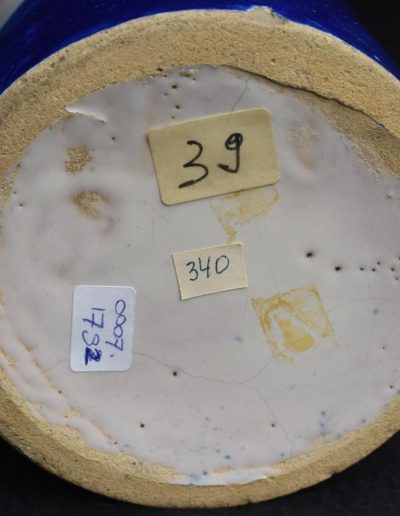 The descendants of the ancestor of Brussels faience, Cornelis Mombaers, founded the so-called “Fabrique hors de la Porte de Laeken” in 1791, first Artoisenet, then Van Bellinghen and then Mathieu Stevens, the latter from 1820-1843. Stevens produced regular crockery, beer mugs with or without lids and litters. The peak of beer jug ​​production was between the end of the eighteenth century and the mid-nineteenth century (with three important workshops). The shape of the beer mug evolves over time: first with a long neck and cylindrical, then more pear-shaped. In the 18th century the jugs did not have a pouring hole, under Mathieu Stevens we see a striking geut. Objects to contain liquids are pitchers or cylindrical jars with handles, the latter called “canettes” or “pintes” (in Flemish “cannes” and “pints”). They have a white tin glaze as a background or are punched in blue or baked in manganese brown in high heat. The measure of capacity, usually a liter or 1/2 liter, is a legacy of the French occupation. This is often indicated on the pot. This capacity is checked and stamped in tin, where this stamp contains a letter and sometimes also a number. The letter refers to a year, the number to the geographic location of the production. Presented is a large one liter cylindrical beer mug in faience with tin lid, produced in Brussels. The corpus is punched in blue underglaze with a recess in white of a kind of coat of arms (symmetrical as a neoclassical feature) in which the name “KAN” and the letter “S” in blue underglaze can be seen in capital letters. A glossy transparent lead glaze has been applied on top. The letter “S” refers to Mathieu Stevens from “La Manufacture hors de la Porte de Laeken” (1820-1843). The word “KAN” refers to the period of Dutch occupation from 1815 and stands for one liter. On the edge we see a pewter stamp with the letter “A” in it. All this refers to the year 1820. At the top of the jug we see a V-shaped pouring spout and on the other side a C-shaped handle. A tin lid with thumb grip is attached to this. At the base the jug stands on a flat unglazed base ring while the center is tin glazed.

Condition: a few chips on the edge and one on the base, overall very good status.